In this article I would like to explain the basic tennis rules that one needs to know to play the game! If there are words or explanations in here that you don’t understand go over to my Tennis Terms page to look those up!

In Tennis there is always one player serving. Two players are facing each other from the opposite side of the court and are playing against each other. The net divides the court between the players. The server gets to start the point.

According to tennis rules, the ball is allowed to bounce only once before you need to hit it back over the net. You are also allowed to take the ball out of the air though. This is called a volley!

Tennis is played in points, games and sets. For more information on the scoring system go over to the tennis scoring page!

The ultimate goal in Tennis is always to get the ball over the net and into the area that you are allowed to hit into. Ideally you do that so well that your opponent cannot return the ball!

Once the ball is in play, the point is played until either someone misses a shot or hits a winner. A missed shot is a shot that either lands in the net, outside of the sidelines, or behind the baseline on the other side of the net. A winner is a shot that lands inside or on the line and the opponent cannot reach before it bounces twice. If a ball hits the line in Tennis that shot is considered good!

At the beginning of the match a coin toss usually decides who gets to serve first. The winner of the toss decides whether he wants to serve or receive first. Afterwards the right to serve changes after every service game.

The coin toss is followed by the warm-up. This should take approximately five minutes. During the warm-up players will hit to each other from the baseline for a few minutes before one player goes to the net and warms up his volleys. Once both players have warmed up their volleys, a couple of serves are hit to finish the warm-up.

After the warm-up, the match begins with one player serving. Usually tennis matches are played in the best of three sets format. This basically means that the match goes on until one player has won two sets. Scores could be something like 6-4 6-4 or for a three set match it could be 6-3 2-6 7-5 for example.

In Grand Slams matches are played in the best of five sets format for the men. Here the player that first wins three sets wins the match! Grand Slam matches can sometimes take over five hours to complete!

At Wimbledon in 2010 the longest match in Grand Slam history was played between John Isner and Nicolas Mahut. In this best of five set match, Isner defeated Mahut after 11 hours and 5 minutes of playing time with the final score of: 6-4 3-6 6-7 7-6 70-68. The final set score of 70-68 is possible because at Wimbledon there is no tiebreak in the fifth set!

So that was it for my explanation of the basic tennis rules! 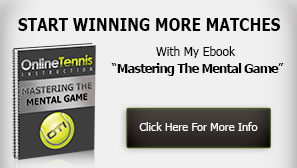 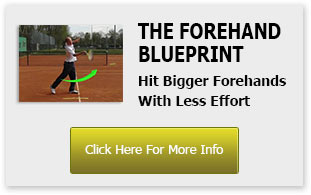 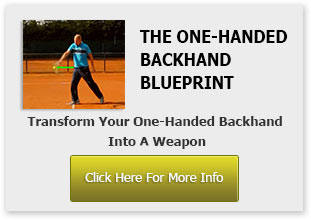